Interview Session with Dimou Dimitris – a Photographer from Athens, Greece 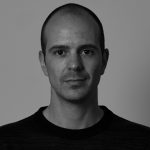 Dimou Dimitris is a photographer and filmmaker born, raised and based in Athens, Greece. After picking up his first disposable camera at the age of 9, it has been over 2 decades of documenting the world around him, as well as creating art. Starting from a hobby turned into a professional, he did it seriously and his works especially related to the outdoors of Greece, and most of his works are based on landscapes.

BL : If there was one thing you would want us to know about you, what would it be?

DD: I suppose I would like you to know that I am a perfectionist, but this is a double edged sword. It is a good thing to seek perfection in everything you do, but it is also good to understand when something is good enough and move on.

BL: How did you get started in photography?

DD: At first, it was my will to keep a record of vacation and family activities. Capturing memories essentially. This started at very young age and was my main motivating factor for many years. After a decade or so, I realized that I could also use the camera to make art.

DD: Making art in modern times can mean a plethora of things, especially with the evolution of digital cameras, software, and digital manipulation of images. For me, it is the process of capturing a scene with a camera and trying to recreate it, in whatever medium (paper print or digital screen), in the closest way possible to the lighting conditions of the original scene. In this way I feel like I am able to immortalize this specific moment in time. My inspiration to start shooting, was of course the pictures I was coming across everywhere. In newspapers, magazines or online. But the true motivating factor was actually the joy I was getting from the actual process, meaning either shooting or editing my photographs. 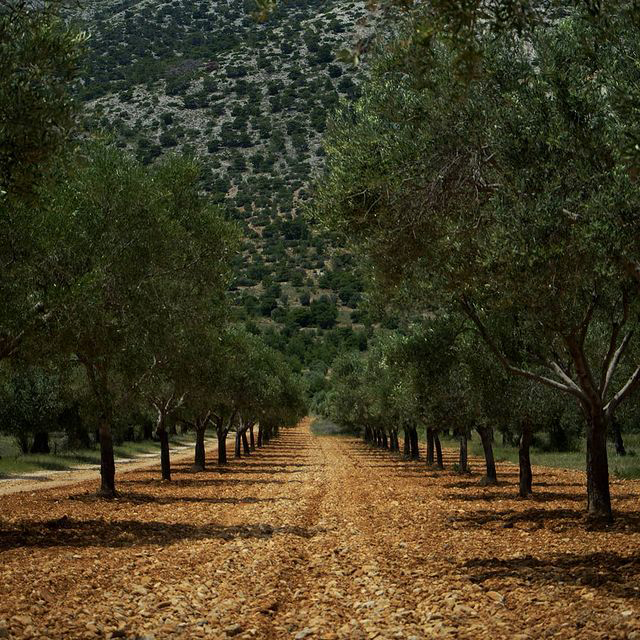 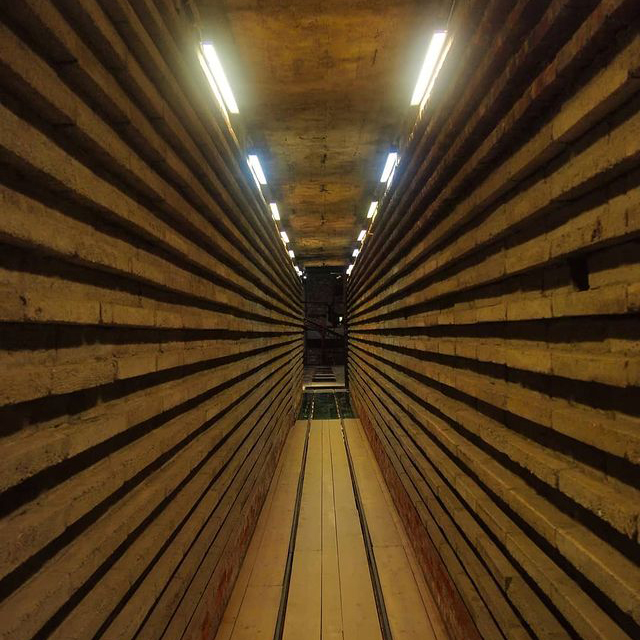 BL: What is the most challenging part about being a photographer for you? What has been your most memorable experience and why?

DD: The most difficult part is to be objective with your work. Being biased is something to be expected, because you are emotionally attached to every single picture you take, whether you want it or not. But getting better as a photographer and as an artist, involves a lot of self evaluation. Rejecting the things you do wrong or others do, but not work for you and honing the skills that you have already mastered, will lead to better results next time you go out shooting.

BL: Almost the entire object is about nature, why?

DD: Almost my entire body of work is based on landscape photography because I can combine it with my love for the great outdoors. Whether it is a 3-hours quick getaway or a multi day field trip, I feel like home in remote locations far from human intervention. Beside landscape photography I do shoot corporate headshots and portraits but I still have not published any pictures. I suppose I will in the near future.

BL: Share with us your all-time favorite image and why? Which photo that is very famous?

DD: Although it is tough to pick only one image, I would go with my Lonesome Tree image. 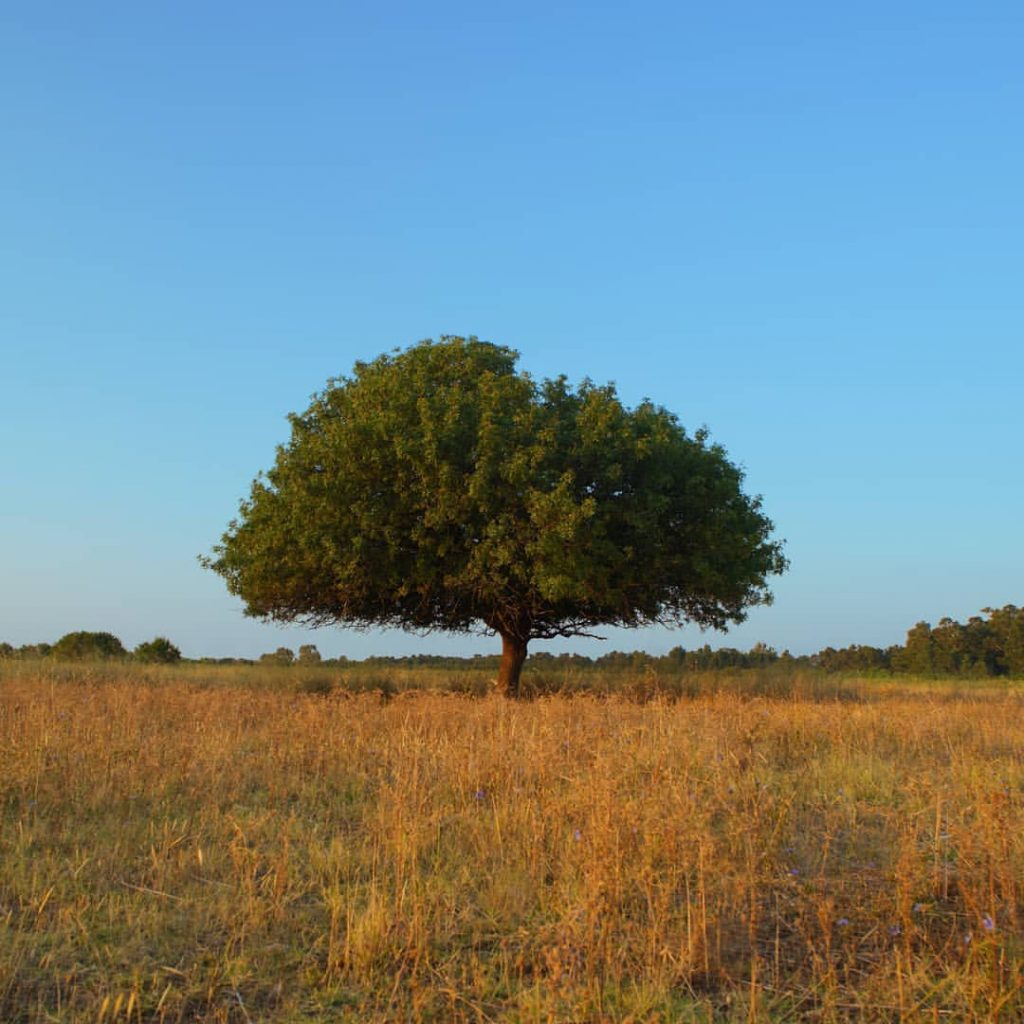 Mostly because of its simplicity but also because of its backstory. The thing is that this image was taken a few years ago, but what makes it interesting is that I have known the existence of this tree for more than 30 years. It has been only recently that it hit me and thought to take a picture of it . I felt some kind of remorse that I hadn’t done it sooner though.

My most famous picture is probably the Pillars Of Shadow (Stoa Of  Attalos) photograph. Mostly because it was featured in the Fine Art photography exhibition, hosted by Blank Wall Gallery in Athens. It was a mixed exhibition with the participation of many artists from around the world and this got the attention of a wider audience. 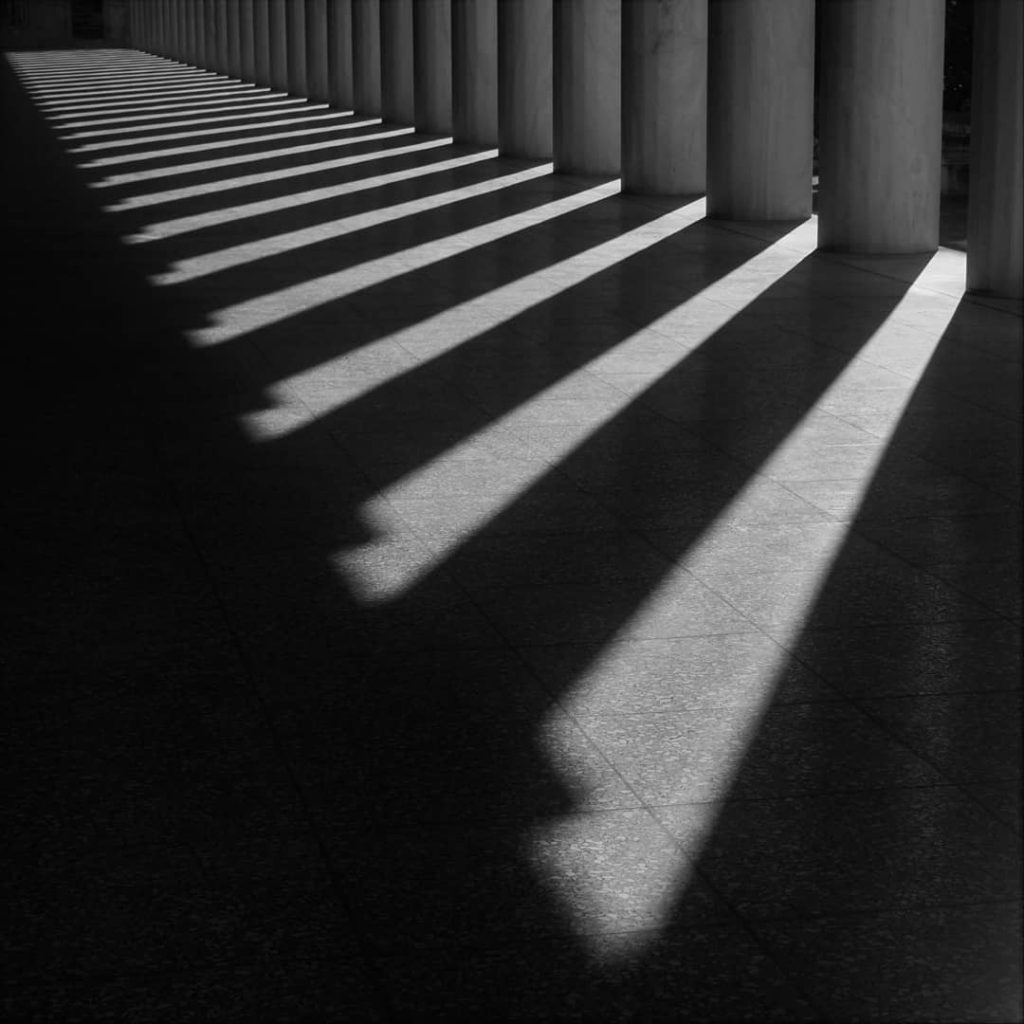 BL: Who are some of your favorite photographers, and how did they influence you?

DD: Well, to name a few I will start with Ansel Adams in regards to his landscape work. Considering the fact that his equipment was so cumbersome back then, accessing those remote places, was a great achievement. Sebastião Salgado is another one in regards of his long term projects, some of which took almost a decade to complete. His persistence as well as his patience, in order to complete a project is just unbelievable.  Last but not least, the portrait work of  Yousuf Karsh. The way he captures his subject is not just his image, but dare I say, he almost captures his subjects character and soul. But beside the great photographers of the past, there are many great photographers of modern times that influence me through social media. Be that Instagram, Youtube etc, there are great photographers out there that are worth taking the time to see their work.

BL: Locations and weather conditions seem to be a crucial aspect to a successful picture. How do you handle these unpredictable factors?

DD: Having an outdoor enthusiast background helps a lot. I have already been in the wild a thousand times or so, testing myself and my gear, so I already know my limitations. It is a fact that adverse weather conditions produce great pictures, but having a balance between chasing a great picture and the risk involved is crucial. All in all, I try to take good care of myself and my gear in order to capture the scene, while allowing myself to get outside my comfort zone from time to time.

BL: Which cameras and lenses have you used throughout your career and why?

DD: I started with disposable KODAK film cameras. After a while purchased my first film camera which was a MINOLTA, but I cannot recall the model, as I do not own it any more. After that I transitioned to the Olympus brand which I still wholeheartedly support for a number of reasons, which I will mention in a minute. I transitioned to digital pretty early, back in 2006 when I bought my first Olympus camera, the SP500UZ which was a bridge camera and at the time the 10x zoom was appealing to me. After that I wanted to enter the an interchangeable lens system and a bigger sensor, so I chose the Micro 4/3 (Micro Four Thirds) format because the portability factor was crucial for me. Considering the fact that I would potentially carry on my backpack much of my outdoor equipment, having a lighter system is beneficial. Coming from a bridge camera background, the Olympus choice was an easy one based on specs. At he time it offered the best camera for the money. That is the reason I didn’t opt for another company. So I bought the PEN E-PL1 body and after some years the OM-D E-M10II body. In all those years I also expanded my lens lineup so now I have a full selection of lenses either for studio work or landscape shooting. Micro 4/3 is kind of an “open source” format, meaning that several brands produce lenses for this mount, despite the fact they may not manufacture cameras at all, meaning you have a huge selections of lenses available. BL: What makes the good picture stand out higher than the average?

DD: The theme and composition are the 2 most important factors at a rate 95% I would say. Manipulating the image would add the remaining 5% to achieve perfection, if such thing exists. An impressive scenery or a rarely seen landscape will increase the chances to stand out among the myriad of pictures we see everyday. Compositing and by that I mean even cropping it, in order to be effective and also pleasant to the viewer, is another big part of success. Lastly post processing the picture, will enhance the picture to its maximum potential.

BL: What advice do you have for the folks who want to get into photography but maybe can’t afford equipment?

DD: Photography today is more accessible than ever before. I know it is more glamorous to shoot on a modern full-frame camera, with the sharpest lenses around than with your mobile phone. But considering the fact that almost anyone already owns a mobile phone, taking pictures is basically free. Of course the technical aspect of thing will be limiting in many cases but you can go a long way. Especially if you add the usage of editing software, some of which are open source and therefor free to use.

BL: What advice do you have for photography enthusiasts looking to go professional?

DD: Shooting for yourself is the funniest times you will ever have. It might be tempting to make money out of something you now do as a hobby an enjoy. But working with clients and running a business, is a whole other beast. Dealing with clients can sometimes be hard and even the financial side of things, such as tax paying, bookkeeping, etc are tasks you might don’t want, but have to deal with. So regardless of the fact if you decide to go pro or not, shoot for yourself from time to time.

BL: What country would you visit?

DD: I would like to visit Antarctica. It appeals to me so much, to be in such an isolated place. The scenery is astonishing, from what I have already seen and it is the No1 destination on my bucket list.

BL: What is your 5 years plan?

DD: I would like to organize a landscape workshop. I know it involves a lot of planning an preparation behind it, but it seems very appealing to me. I think it will be available in this time period.  Also producing more video work, which is something of a newer passion. Something like a short documentary is what excites me the most. Lastly, I suppose I would like more people to see my work and get even more feedback out of that. Feedback is essential for growing as a photographer.