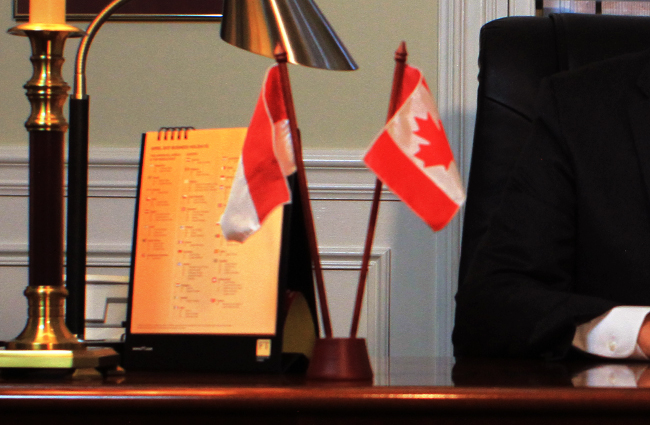 Well we are very increase to see that the World Bank has increase Indonesia standing in Asia doing business from 105 to 90 in the ranking. And another, President Jokowi was to continue improving that and that’s a positive move.

BL: What are there challenges, and also, recommendations for having better international relationship business for us in Indonesia?

PM: Well we are very increase to see that the World Bank has increase Indonesia standing in Asia doing business from 105 to 90 in the ranking. And another, President Jokowi was to continue improving that and that’s a positive move. The enormous economic reform packages issued by the Jokowi government has been part of that. But they also are designed to labialized the market. They labialized negative risk is a step forward. And has attracted interest I think the tax amnesty program is also shown that there’s a possibility to broaden the tax pace. Because as already pointed out for country this size if other people pay tax is relatively low. And you need a proper broad tax paces to fund education and health. And also to ensure that public administration is doing the kind of job that makes it easier for tax payer to pay the tax knowing they gonna get some good value for their money. So that’s there. I would say that one of the issues that are Canadian business people tell us about was respect to Indonesia. This is not unique to Indonesia is that the continues flags and change in the rules of the game for business is added torrent. And I think it’s very important to realize that Indonesia is competing with countries like Vietnam and India for investment and for good business avidities. And so I have been advocating in my meeting with Indonesian ministers are the need to try and stabilized and make very transparent and clear and effectively intimate the rule of the game when it comes to doing business here, investing here, and trading. This would including the mining and oil and gas sectors.

PM: It’s a very good question. We are last summer our trade minister in Vientiane, Laos, where we are having our dialogue conversation with Asean ministers purpose that Canada and Asean explore the possibility of a free trade agreement based on visibility study and so explore talk which will include trade policy dialogue and that was agree in Vientiane. So that’s in progress and we are hoping that this would proceed with Asean our economic contact point as Indonesia and the ministry of trade of Indonesia because it is the largest economy. Our current dialogue partner-partner within Asean is Philippine who are of course hosting this year. So we are, as I said, so interested the government of Canada has purpose and has been accepted by Asean ministers to proceeding this direction. This would very good position to be part of partnership that is agree that’s currently as you know under negotiation. So that’s something we would like to see. We also like to see re-establishment of some sort of foreign investors protection and promotion agreement, which currently is lacking by a lot early.

MP: It’s not precisely the case. In the case of Canada, we are bilingual country, we are multi culture and officially bilingual, which means we have French speaking Canadian all across the country. The largest concentration is in the Province of Quebec. But in Quebec, the problem of Quebec we also have English speaking minority which is substantial. And we have French speaking Canadian particularly also in East of Montreal and New Brunswick. So the government of Canada function and has been for decade officially bilingual. And the political parties are puritan nationally. We have 3 principal parties, liberal, conservative, and new democratic party. And they present wide across the country. Now in the case of we are as I said earlier decentralized country so we have provincial governments which are elected. And in the case of Quebec, one of the parties is a party that believe in sovereignty for the province. And it has been a successful. Currently it’s not in power but exist and give voice to some Quebecers who have that point of view. But it’s a democracy. We have referendum in the past as you know, which are fail to back the country up and currently today the country is in the very good standing in term of say unity. And is very much focus on economic development and education as part of that.