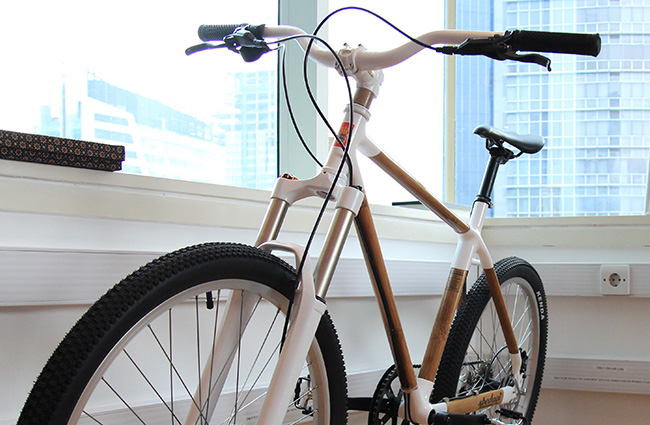 Foreign Insight: The happiest country in the world

blj.co.id
Foreign Insight
Apr 10, 2017
We have a welfare system that has taken a long time to develop … But I think what we get back for that is that free health care, free education, I guess a lot of social ability and I ever use myself as the example. So that’s– since the welfare system through paying from my education made it possible for me to get a higher education and to the entrance to the foreign service.

CK: Well I don’t think we have a special definition of happiness in Denmark. But apparently, we are among the happiest nations in the world. And I think there are number reasons for that. It’s not the weather lively we can by saying that because the weather does not necessarily make you happy in Denmark. But you know we have a welfare system that has taken a long time to develop which mean that those who do not have a lot or those that are poor they are taking care of by the state through welfare system which means that they have access to same the same privileges as the rest of the society. And we have a very high tax rate as well, so that’s not something that things normally said that they’re happy about. But I think what we get back for that is that free health care, free education, I guess a lot of social ability and I ever use myself as the example. I mean I’m from the family where it was not necessarily the obvious that I would go to university or, you know, going into foreign ministry. So that’s– since the welfare system through paying from my education made it possible for me to get a higher education and to the entrance to the foreign service. It’s also very safe and secure environment. The crime rate is very low. And the last thing I would mention is that the livability of the day’s city is very high. So if you go to Copenhagen you’ll see a lot of bike on the street, not so much macet with cars. And I think the cleanliness of the city are also one of the reasons why people are happy. And one of my favorite examples is the harbor of Copenhagen. You know when I grew up it was very polluted and very bad place, a lot of ships not unlike the Jakarta bay. But through a very dedicated process, it was clean up. And today so clean that you can swim in the middle of Copenhagen right in the middle of the harbor. And I think that all of that come to appearance to the happiness that we that we currently have.

The equality and equal opportunity are the core values that most Danes would have to.

BL: Copenhagen was considered as one of the cities with the highest Quality of Life index in the world. So, what’s the city’s secret?

CK: That is my home city so I’m not surprised and I think in the last 20 years, Copenhagen is a country with remarkable development as well from perhaps a small slightly provincial capital to a full beyond global capital with all the ala cartes in leisure time opportunities, gastronomy, etc. But I think when I think back on living in Copenhagen and what I’m missed about living in Copenhagen is, for example, the bicycle culture. And you know more than 50%, more than half of every Copenhagener uses a bike every day to go to work or to take the kids to school. And I can use again myself as an example. We did have a car when we live in Copenhagen but we almost never use it. On the weekday it was standing on the street because we took our bike to work. And in fact, I have one of the cargo bikes. I still have it here in Jakarta almost a becak. And where we put the kids into the cargo box and then, you know, we drop them off at the kindergarten or in school and then went on to in my case to foreign ministry for work. That is a luxury. And other weather can tell fully we have the right close on, you know, going to work you get there refresh and when you lived again you clear your mind by biking back home in the city instead of sitting in the traffic jam. And not using your time for anything. So you get a bit of exercise and you get something good on. That is what I think as a secret with Copenhagen. Another secret which is important for somebody like me, unfortunately, being a foodie is that a restaurant scene has simply exploded over the last in 15 years. So today we have the highest concentration of Michelin-starred restaurant in Copenhagen. But even if you go below sort of that segment of very high restaurant you have a missing high quality good value restaurant because you trickle stone when you have extremely progress room at the top the rest have to catch up and then we thinking that all sort of different gastronomy in Copenhagen, but a lot of they just focus on local ingredients which are also infected as sustainable way of eating veggie, don’t necessarily eat tomatoes from southern Spain or, you know, lemon from California. But if you try to eat the food that is produced locally and I think that’s an area where there are something in common with Indonesia, the focus on local produced basically. And then I would just say rapid development in general, I know the construction really good but also the architecture is nice and, you know, it’s very easy to move around. And the last thing I would just mention is public transportation. You know we use bike all the time, but the public transportation, the metro, the buses, the trains are makes a very easy to commute in Copenhagen. That’s one of the differences with Jakarta.