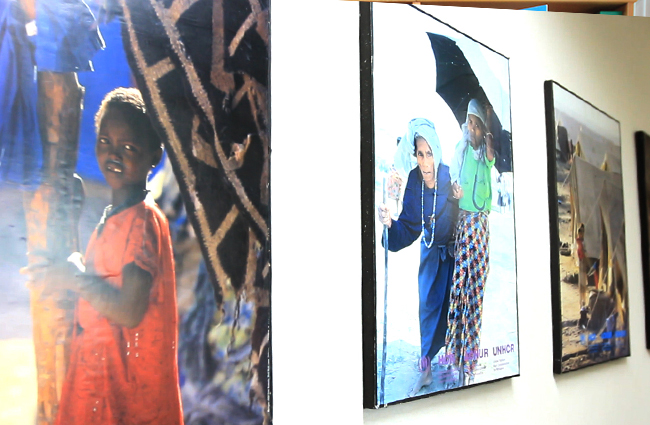 Foreign Insight: What, Why, How do Refugee?

A twentieth fourth largest country in the world.

TV: Thank you for having me here. I wish I had some good news, but actually, it’s pretty bleak when you look at the numbers. The numbers that you’ve just given over sixty million people, who have been forcibly displaced around the world today. It’s a staggering figure and indeed it’s the most people we’ve seen displaced forcibly by war, by persecution, by massive human rights violations than we’ve ever seen since World War II. So the situation is rather dire, it’s a humanitarian crisis and we hope that the countries of the world can come together to address it, to tackle not only the root problems but also the effects of what is going on with all these wars around the world.

BL: I see also the number of root problems that caused these displacements. Besides war, there are also some other issues such as famine, disease, probably drought as well as probably natural incident as well. But from all these root problems, which one would be the most challenging?

TV: From our perspective, UNHCR, when you talked about 60 million people who have been displaced from their home– it’s because of war, it’s because of persecution, it’s because of massive human right violation, these issues that caused people to flee and that create refugees around the world– so those of the problem looking at the most and trying to encourage government to solve, and in the meantime until they do that they keep the borders open so the refugees can have the safe place to be.

BL: But when you are talking about nations to open the borders, you have also seen that undergoing crisis to very serious crisis in Western Europe. Especially, the high number of refugee that Germany accepted, and also other European countries such as, French, UK, Belgium, Italy, and others. And, actually bridge more problem such as the rise of right-wing parties, the rise of people extra nationalism, in your opinion, how can we tackle that kind of problem?

TV: Well I think a lot of the xenophobia that you see, there are political agendas that people have but most of it is based on fear and misinformation. I think when people realize who refugees really are, they would understand how important it is to help them. I mean we’re talking about people who have no choice but to literally flee for their lives. And to save themselves, to save their families, to save their mothers, their brothers, or their babies, their sisters, everyone. You and I, if we were faced with the situation or bombs are going off over the head, and you have no safe place to stay in your country, you would hope that there would be someone that would provide you a helping hand and give you a safe place to stay until the wars stopped. And I think the countries in Western Europe and Europe in general, they faced these sorts of atrocities during World War II. They know very well what it’s like to be in search of a safe place and how important it was to have countries welcome them, and allow them to stay until the situation could improve, either in their home countries or in their host country they could rebuild their lives. So it’s the same sort of situation, it’s a very natural thing to want to be safe and to have a normal life for yourself and your family. That’s not too much to ask for. And I think when people understand who refugees really are and that they didn’t have any choice but to run for their lives, it’s easier not to be afraid to want to help them.

You know people flee for safety usually because of war, because of massive human rights violations that I’ve said until countries can come together and can find ways to stop these wars, people are going to continue to flee. You look at the situation in Syria right now, there’s over– that civil war has been going on for six almost seven years now I believe. There are over 13 million people that have been forced from their homes because of that war. Unfortunately, that war doesn’t look to be resolved anytime soon. Until countries come together and find a way to stop wars like what is going on in Syria, they’re going to have to allow people to come into their countries and be safe. It is just as simple as that.

So UNHCR cannot stop wars, all we can do is help respond to the humanitarian crises that are caused by war. Until government’s come together and find a way to create peace in these countries, UNHCR, unfortunately, will always be responding to this crisis. So we can respond to the crisis, but we can’t stop the wars. It’s up two countries to do that and we very much would hope that with the support of the United Nations and agencies like UNHCR’s that respond to the humanitarian crisis that countries will live up to the challenge. Because honestly there’s no choice anymore. How long are we gonna wait until a country’s find the political will to resolve these conflicts until there are another sixty million people who are forcibly displaced from their homes? Sixty million is already the size of a country that would be the twentieth fourth largest country in the world if it were country and all the refugees were in one place and all the displaced people were in one place. A twentieth fourth largest country in the world.

There’s got to be an end to these wars and that’s the way that this crisis will be resolved. Until then, what UNHCR can do is to help respond to the humanitarian crisis that we see. But that also takes support and contributions from the international community.